Sign up for our mail-list and get a FREE bonus!

We are a small Swedish game studio. We create fun, casual and non-violent family games and we believe that playing is one of the most important cornerstones of life.

Our offices are in Lund Sweden, where we have our computers, a natural-size pink unicorn statue (that you can ride on) and a lot of fun.

Our philosophy centers around sustainability, ethics, social- and gender equality, human- and animal rights. In short, we want to make the world a little better then it was when we found it.

Our goal is to contribute to a better world by creating tasty, colorful games and to donate part of the profit to charity.
10% of all sales goes to charity. After we covered the development cost, 20% of profit goes to charity. 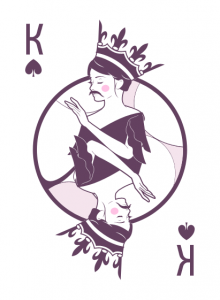 Mattias is a lover of good food, and that is a good thing because he and his girlfriend (mostly his girlfriend) has the best taco shop in Sweden. Should you ever find yourself in Malmö, give Monkey Fist Taco a visit.

Mikael might be a been quiet man at the office, but he has amassed a cult following in India, mortal enemies in Sudan and broken hearts all over Europe.

Simon wears dreads, is it because he likes UB-40? No, although red wine is one of his favorite songs, he got dreads because Predator in the movie “Predator” is so darn cool. You would be forgiven for thinking about Simon as a hippie though because he lives in the forest eating always eating ecological.

Jinn took upon herself to nominate, maintain and choose the employee of the month. She told us her “secret” master plan was to get all the awards. Jinn is also a gamer geek deluxe, one of the editors over at https://geekygals.net/. Her passion for video games is a force more fearsome than the king in the Katamari games.

Fredrik was once offered a record contract after being discovered in a karaoke bar in Seul.

Johan likes Cockta, a weird soda from Slovenia. He started drinking it ironically, but now it is an addiction. Another addiction Johan has is to wood. It can be pine, walnut, birch or any other type. If it can be put in the lathe, chances are big that he will make a huge pile of chips from it.

In Camilla’s living room, she has a big photo of Johan. Camilla’s boyfriend thinks this is a little weird. Then again, Camilla one time held a four-hour long lecture on the advancement tree and the benefit of leveling different parts of your DOTA character according to either one.